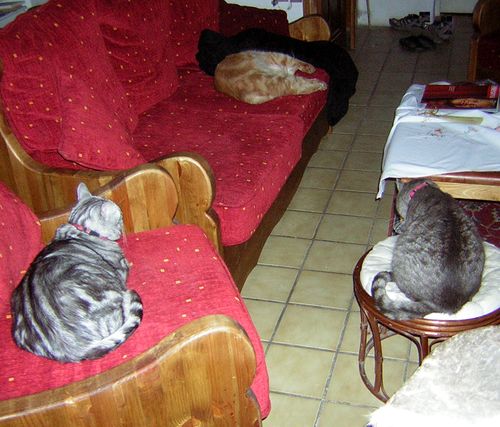 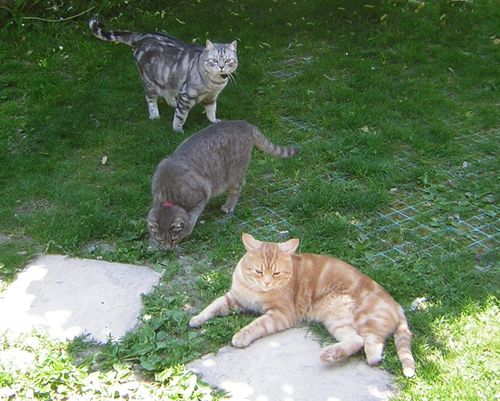 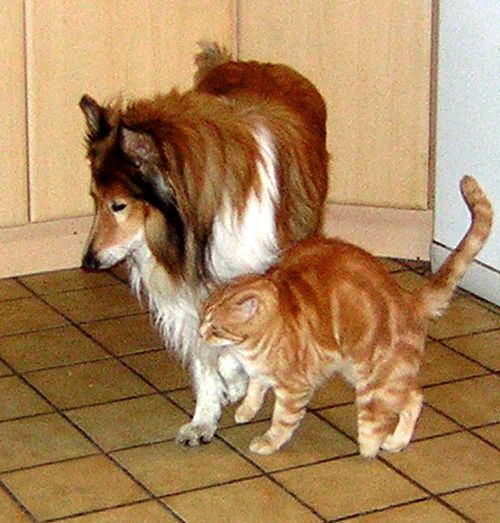 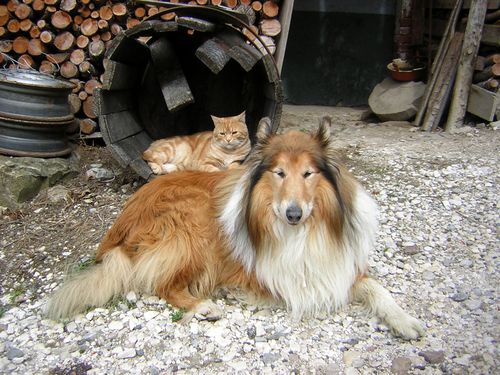 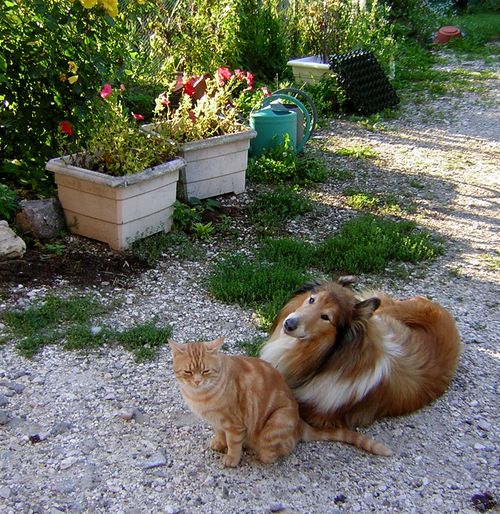 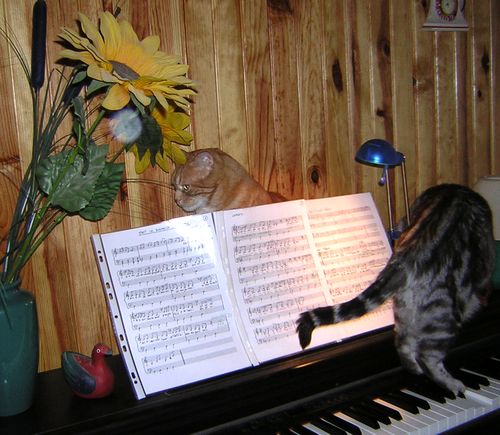 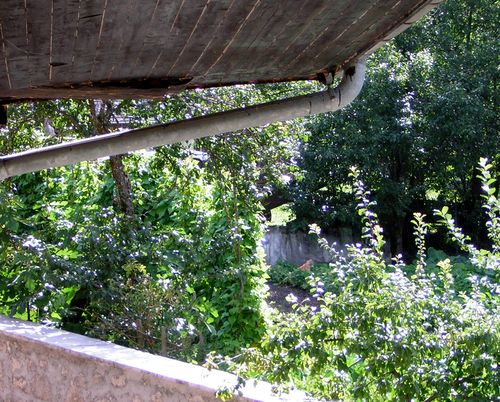 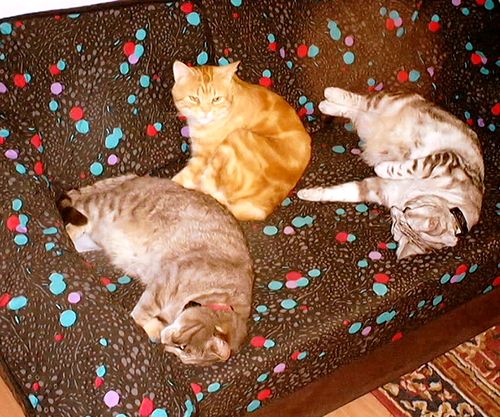 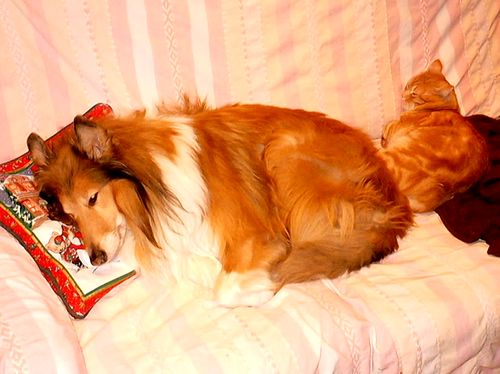 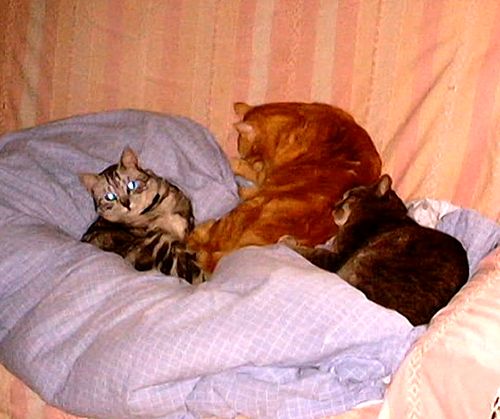 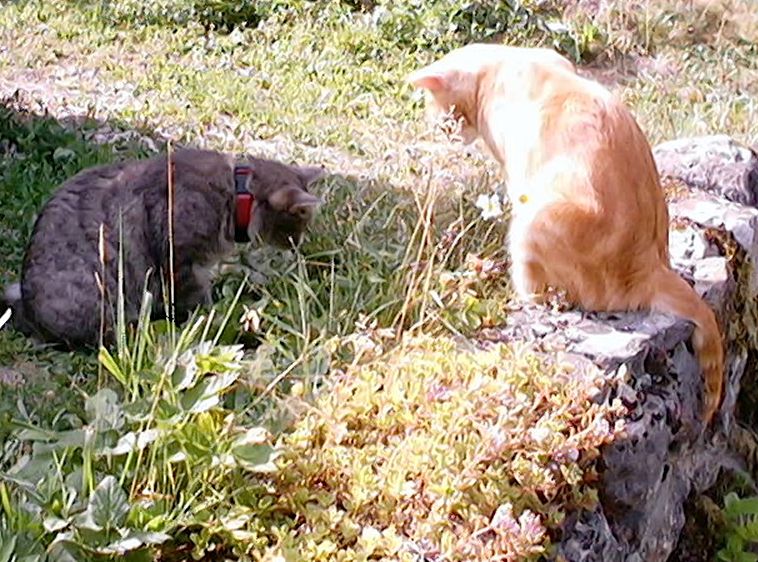 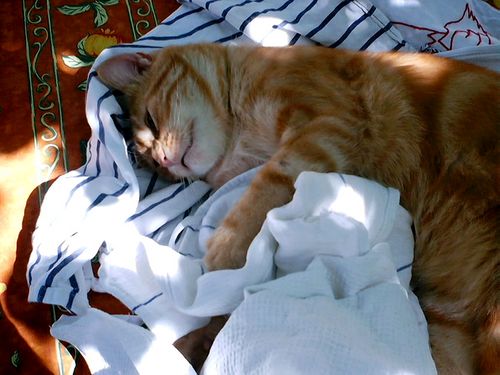 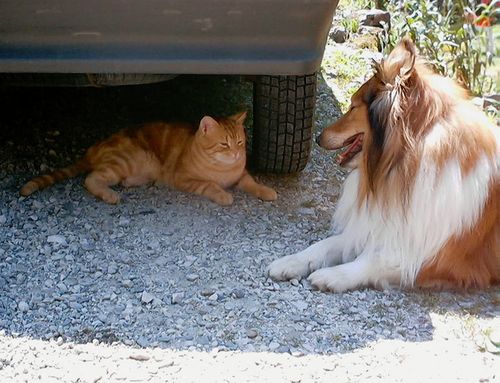 Jump used to be with us during school holidays. He was the big friend of Frimousse, RouXy and Tigri. But he had a particularly close relationship with RouXy.
The photo below is poor quality, taken in the kitchen. I’ll find other photos showing meals in common. Tigri, the little coward got used to eating on the cooktops, to be in peace.
These photos were taken in June, 2003. 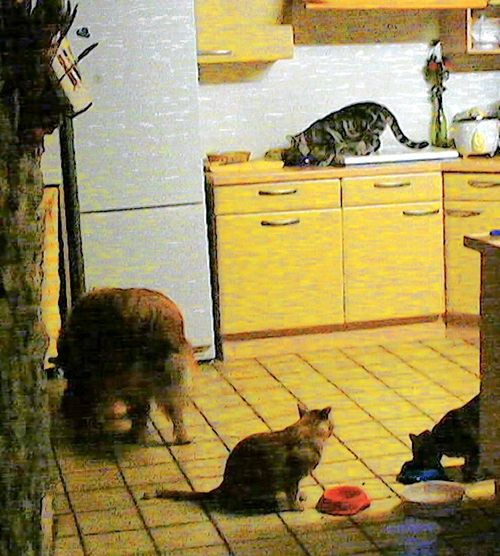 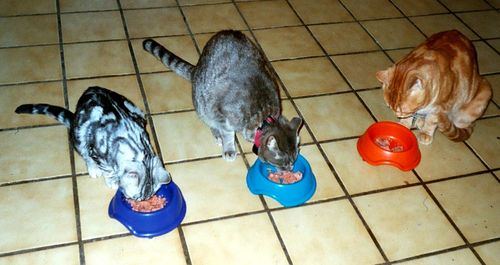 Twice daily, for nearly 10 years. Tigri, Frimousse and RouXy eating together.
Why is there cardboard on top of the humus? 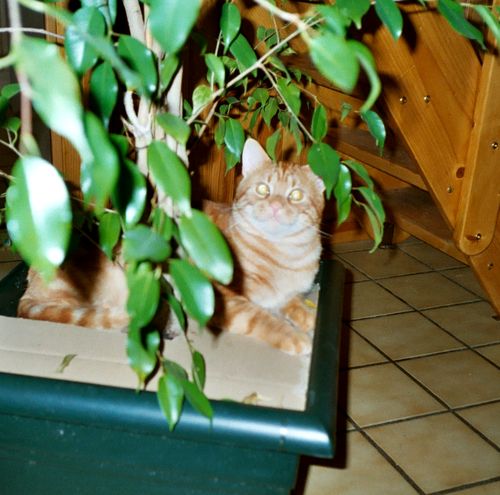 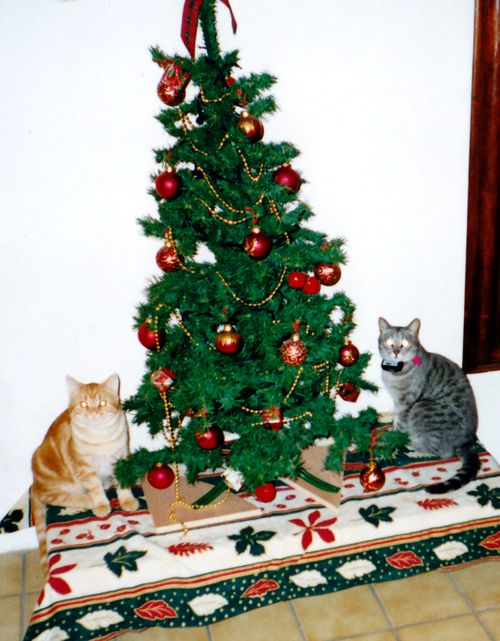 In a few minutes the branches of the artificial Christmas tree will bend down low because our two friends will have tried to climb up the tree. 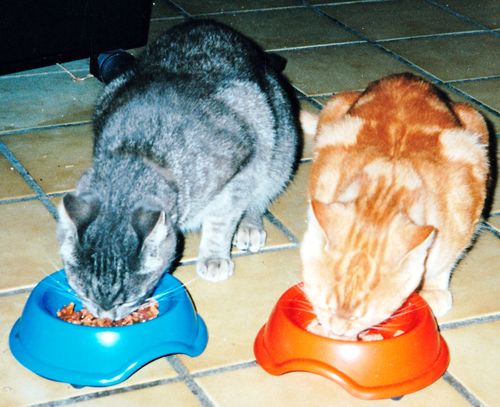 Every morning, ever since we moved into this house, RouXy would come down the lane from his house to ours. Frimousse would be waiting for him near the half-barrel – he could not go up and meet him because of his PetSafe system. Frimousse licked RouXy’s head, then RouXy often drank out of the watering can, and both of them climbed the stairs to get inside the house. Frimousse would lick RouXy again while their dishes were being filled. Sometimes RouXy came up the lane, from the road, as he had decided to go round the houses. Some will say: “cheeky RouXy!”, I will say: “reckless RouXy!”. Lately, since the elder of his Masters died, I fetched RouXy in his house, I even had to carry him in my arms during the last few days. And the ritual was a bit altered.

In the evening, between 4 and 9 according to the season and the weather, we called: “Frimousse! RouXy! Tigri! (*)” and they went in for supper. 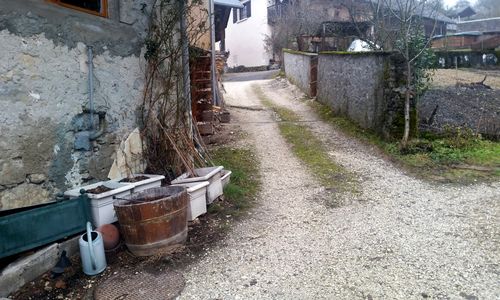