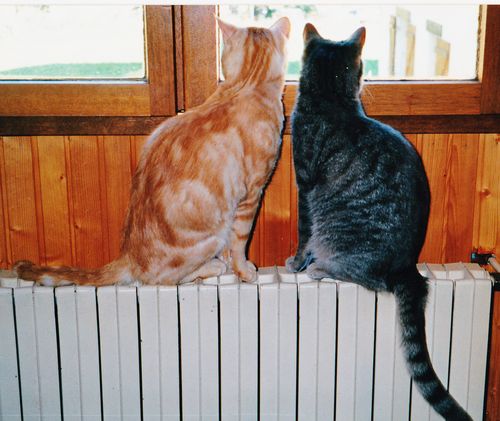 Frimousse would be alone while we were out, so we asked RouXy’s Masters if they would agree with our taking RouXy, their cat, for a week’s holiday with us. Frimousse was two years old and RouXy was one. It was about two months after his leg was severed.

Frimousse and RouXy, a week’s holiday with us!

They remained together in the flat waiting for our return at the end of the day. They spent hours on the radiator in front of the window watching outside, waiting for us, probably.

RouXy’s stump was still bleeding, so at the end of the week we had to take the sheets to the laundry and shampoo the carpet… We think Frimousse and RouXy were happy, even if they had to stay inside.

It was a very happy moment for us. 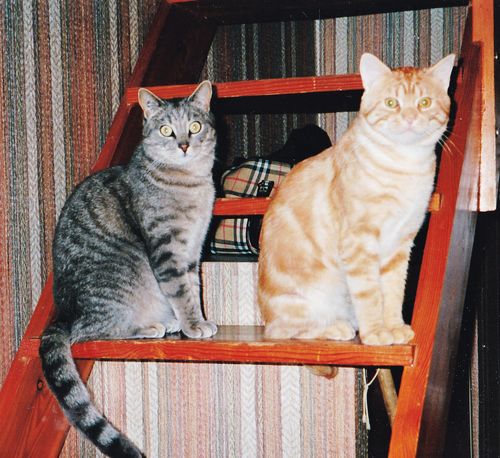